SUNRISE (June 28, 2021) – After setting an industry record with six consecutive No. 1 hits, 4x GRAMMY Award winning, platinum-selling duo and Curb | Word Entertainment recording artist for KING & COUNTRY are announcing RELATE | The 2021 Fall Tour. After wowing crowds in 2020 with their Pollstar recognized drive-in theater performances, this 24-date trek will see Joel and Luke Smallbone return to the road in compelling fashion, arranging their electrifying live spectacle for arenas and amphitheaters. BRAND NEW, never performed songs from an upcoming studio project will be featured on the tour’s setlist, along with selections from the duo’s nine No. 1 hits – including “joy.,” “Fix My Eyes,” and the cross-genre multi-week smash “God Only Knows.” This will be fans’ first chance to hear new music straight from the source.

for KING & COUNTRY are coming to FLA Live Arena on October 17, 2021. Tickets are on sale now, click HERE for more information.

“The thought of hitting the road and seeing you again is a thrilling one,” Joel and Luke Smallbone share in a statement. “Since we were last together, we’ve been hard at work writing and recording new music, which is going to make ‘RELATE | The 2021 Fall Tour’ a particularly special one. It’ll look different, feel different, sound different and we’re truly looking forward to seeing you.”

for KING & COUNTRY has broken their own industry record with their sixth consecutive No. 1 single, the multi-chart smash hit “Amen.” The chart-topping duo now have five No. 1 hits from their GRAMMY winning, RIAA Gold certified album Burn The Ships, and nine No. 1 hits overall. “Amen” is currently climbing the mainstream charts, reaching Top 20 on both Billboard and Mediabase’s AC charts. Billboard recently wrote about the duo’s unparalleled success in a Chart Beat piece at the link provided HERE.

About for KING & COUNTRY
for KING & COUNTRY is one of the music industry’s most respected and decorated duos. Brothers Joel and Luke Smallbone have won four GRAMMY Awards, seven GMA Dove Awards, a Billboard Music Award, 13 K-LOVE Fan Awards, and their nine No. 1 songs have produced an astonishing accumulation of over one billion on-demand streams. The RIAA Platinum-selling act’s live show has been hailed as a must-see concert event that continues to wow sold-out crowds whether in the U.S.A, Australia, Germany, Netherlands, or New Zealand. for KING & COUNTRY’S most recent album, the RIAA Gold certified Burn The Ships debuted in the Top 10 of the Billboard Top 200 Album Chart and has since propelled the duo to five consecutive No. 1 songs including “joy.,” “TOGETHER (feat. Kirk Franklin & Tori Kelly),” and the 11-week platinum smash “God Only Knows.” The global hitmakers have collaborated with a diverse list of artists including the legendary Dolly Parton, NEEDTOBREATHE, and Timbaland, amongst others. Joel and Luke Smallbone are committed to numerous philanthropic efforts focused on human trafficking, children in need, as well as numerous programs in support of the arts.

ABOUT BB&T CENTER
Home to the Florida Panthers Hockey Club and leading international concerts and events, the Broward County-owned FLA Live Arena is one of the top ranked venues of its kind in the world, servicing Broward, Collier, Miami-Dade, Monroe and Palm Beach Counties and beyond. FLA Live Arena has recently earned the global benchmark WELL Building Institute (IWBI)'s WELL Health-Safety Rating for Facility Operations and Management. For the latest info about upcoming events, visit www.flalivearena.com and follow @TheBBTCenter on Twitter, Instagram and Facebook. 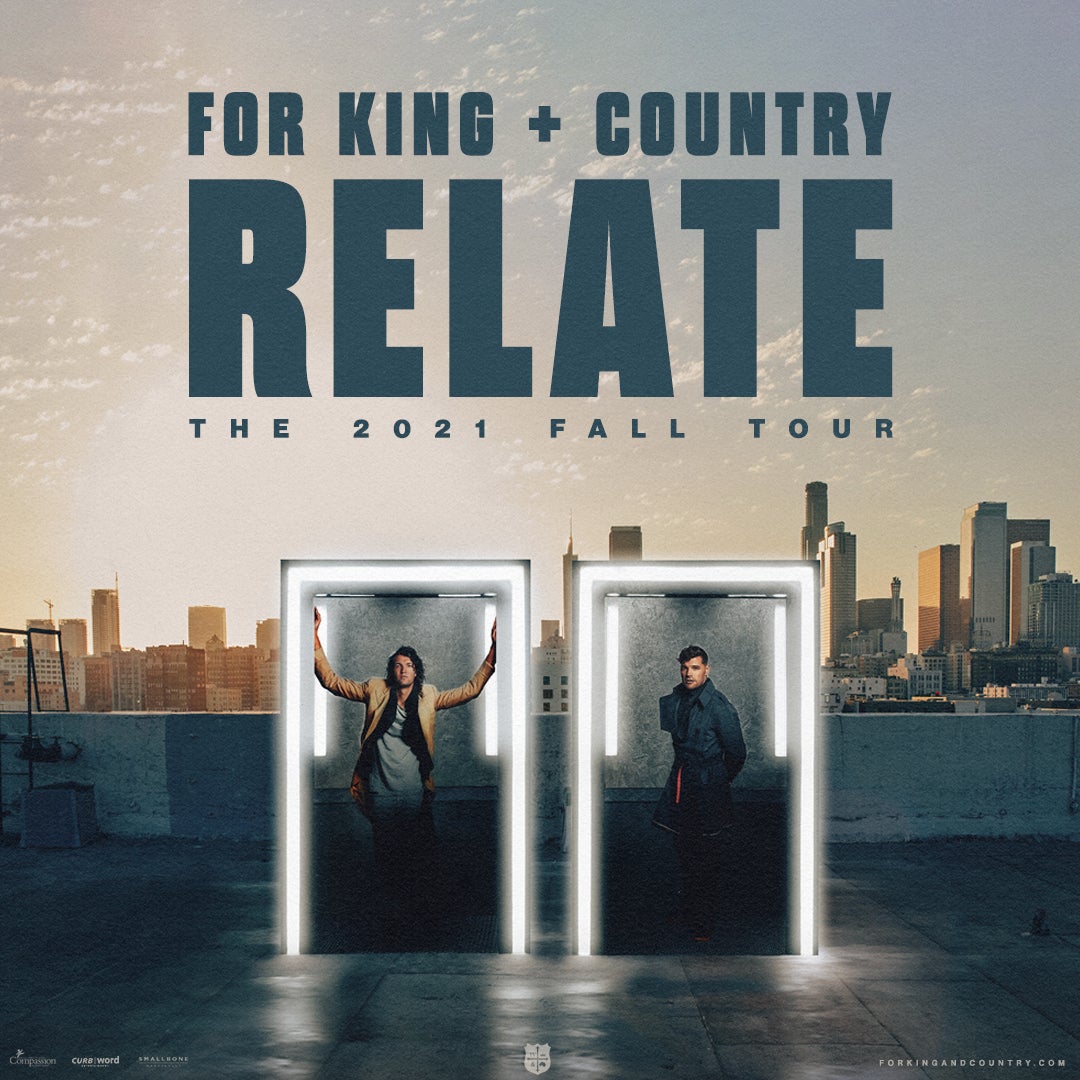