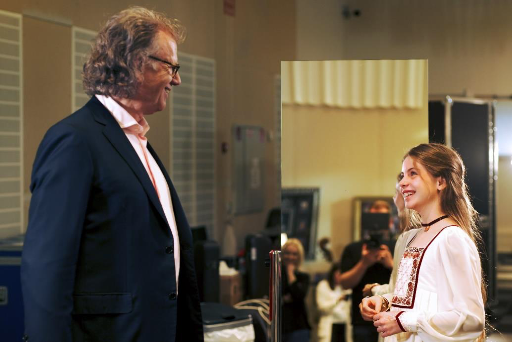 André Rieu is excited to announce that Emanne Beasha, the 11-year-old opera singing phenomenon who captured the hearts of millions on season 14 of America’s Got Talent, will join his show on Friday, March 13 at FLA Live Arena. Tickets are on sale now at ticketmaster.com and the FLA Live Arena box office.

André Rieu says: “The first time I heard Emanne sing, I had tears in my eyes, because her voice is so beautiful. She is an exceptional talent, and it will be wonderful to have her on stage with us in the USA. I am sure, Emanne will move the hearts of my audience the same way she’s moved mine.”

Beasha made her national debut on America’s Got Talent in June of 2019 with a showstopping rendition of Puccini’s classic aria "Nessun Dorma." Catapulting into the national consciousness she went on to receive the Golden Buzzer from Jay Leno for her operatic version of "Caruso.”

Quickly becoming a fan-favorite, additional performances included an amazing crossover of Bryan Adams’ "Everything I Do” and “Quello Che Faro" and her finale showstopper, "La Mamma Morta."

On the “Finale Results” show the vocal powerhouse performed "Con Te Partiro" with the world-renowned pianist Lang Lang. Emanne Beasha was born in 2008 and has been singing since she was two years old. When she was just seven years old, Emanne performed in front of her first major crowd of 10,000 when she sang the national anthem for a baseball game in Port Charlotte, Florida. Soon after, she started learning opera pieces from YouTube. In 2017, she won Arabs Got Talent. She records with Decca Records US and released her first EP in November.

"I’m so excited to be joining Andre Rieu’s US tour. I have loved his music since I was little. This is a dream come true.” says Emanne.

Dubbed the Maestro of the Masses by the New York Times, André Rieu currently impacts Billboard’s Feb. 8-dated Hot Tours recap at No. 2 behind Celine Dion with his first set of concerts in 2020, performed in Belgium, the Netherlands and Germany.

André Rieu returns to the US with his 70-piece Johann Strauss, choir and many international soloists. Audiences can look forward to fantastic melodies from films, musicals, operas as well as beloved American favorites, and of course they are invited to waltz the night away in an unforgettable evening of music and dance.

Rieu has sold more than 40 million CDs and DVDs (his new album is Happy Days – CD/DVD was released in November). Rieu has reached 30 number 1 chart positions and 500 platinum awards. His YouTube videos reached far over a billion views and over 5 million subscribers follow him on Facebook. 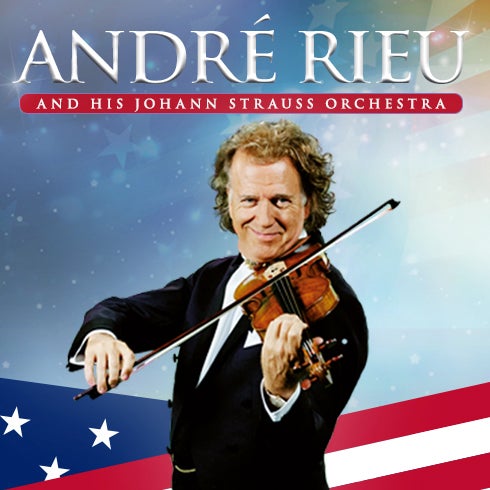